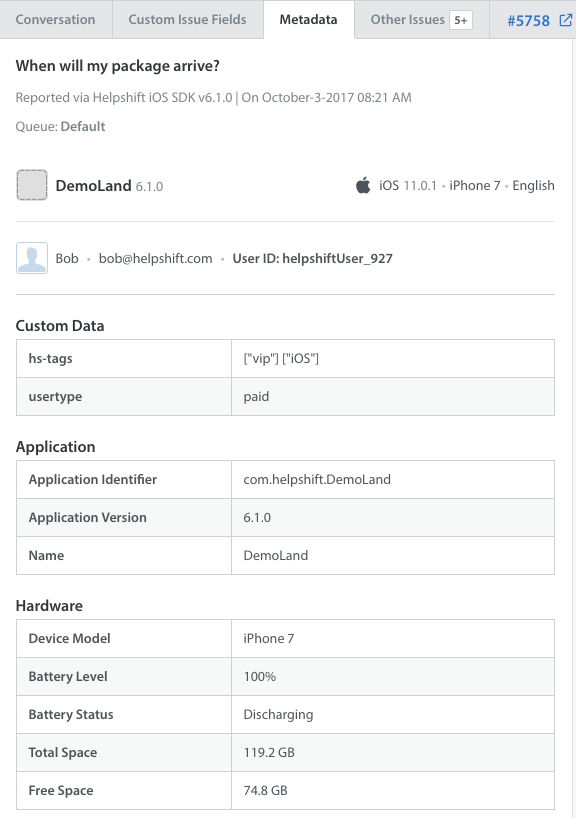 The metadata associated with an Issue can be found by navigating to the Metadata tab in the Issue details pane.

To review updated metadata, you can either close the Issue and have the user submit a new Issue, or ask the user if they have updated their information. Please note that the device information will not update if your user continues a previous Issue thread by responding ‘No’ to the resolution question. This essentially reopens the Issue instead of starting a new one.

Please see our developer documentation on setting the showConversationResolutionQuestion flag in iOS and Android.