Pending Reassignment is an Issue status which appears under the following conditions:

Pending Reassignment Issues will not show up in the default ‘All New Issues’ Smart View, so we recommend creating a Smart View to monitor these types of Issues. To learn more, see What are Smart Views and how do I use them? 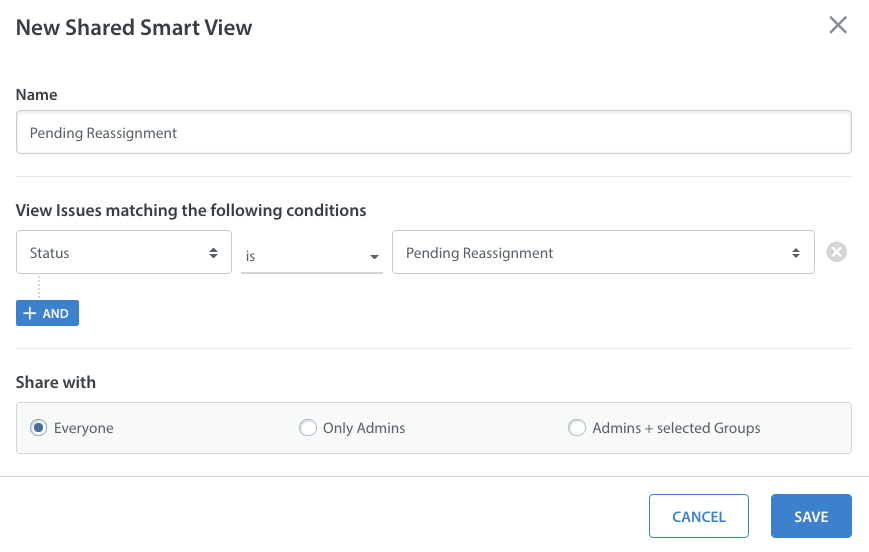